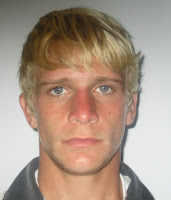 Statham, age 20 and a resident of Highway 62. On May 28, 2020 Statham was arrested and placed in the Washington Parish Jail charged with burglary, criminal damage to property, criminal trespass, two counts of contempt of court and two counts of failure to appear in court. His bond was set at $16,000.

The investigation began with a response from WPSO patrol deputies to a residence in the area and a report of several expensive items that had been stolen. Although there were no witnesses to the crimes, a surveillance camera at the property captured video of an automobile leaving the scene at the time of the burglary. An unidentified female was driving the vehicle. The investigation was turned over to the detective division and assigned to Detective Kody Glenn.

On May 28, 2020 Detective Glenn was on Highway 438 when he observed a vehicle parked behind a residence which matched the description of the vehicle which fled the burglary scene. He approached the vehicle and observed a male and female asleep in the back seat. The juvenile female matched the description of the person seen driving the vehicle at the burglary scene. The male, Trenton Kyle Statham, had warrants for his arrest and was taken into custody. The juvenile was charged with being an accessory to the burglary and released to the custody of her father.

Statham reportedly admitted to the burglary and revealed where he had sold some of the stolen property. The stolen items were quickly recovered and returned to the owner.

Any person who has purchased items from Trenton Kyle Statham is asked to call Detective Kody Glenn at (985) 201-6033.

“Good surveillance video provided by the homeowner, good response by patrol deputies and good investigative work all combined to solve this case,” stated Sheriff Randy Seal. “An alert Detective Kody Glenn quickly spotted the suspect vehicle, identified the burglars and made the arrest. Thanks, Detective Glenn, for a job well done.”
at 6/02/2020 05:03:00 PM