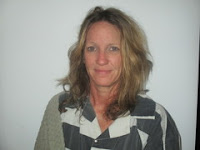 Cassard and Kyle Stogner conducted a traffic stop on Highway 1075.  The driver of the vehicle, Melissa Desoto, 45, a resident of Pine Ridge Road in Bogalusa, was found to be in possession of various illegal drugs including crystal methamphetamine and numerous prescription pills for which she had no prescription.

Desoto was arrested and transported to the Washington Parish Jail where she was booked on four counts of possession of illegal drugs.  She remains in jail with her bond set at $5,000.

“An impaired driver is a danger to all others who are on the road,” stated Sheriff Randy Seal.  “I congratulate Deputies Cassard and Stogner for intercepting this driver and making this arrest.”
at 12/12/2019 03:22:00 PM