The St. Tammany Parish Sheriff’s Office has arrested three individuals and are looking to identify 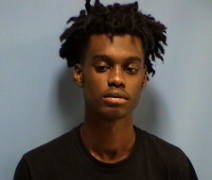 and arrest more following an incident that occurred late Thursday night (November 21, 2019) in the Tammany Hills area near Covington.

Shortly before 11 p.m. Thursday, deputies responded to the area of Sixth Street and Henry Clay Avenue near Covington in reference to a report of an armed robbery. The victim had been lured to that area by a 15-year-old girl he met on social media. Once at the location he was met by the girl and her 13-year-old friend. He was then approached by a group of males, one of whom produced a handgun and demanded the keys to the victim’s vehicle. The males took cash and other items as well as the victim’s wallet and car keys before fleeing the area.

Detectives are looking to identify the other individuals, described as black males, who were involved in the robbery.  Anyone with information about this crime is asked to called the St. Tammany Parish Sheriff’s Office at (985) 898-2338.