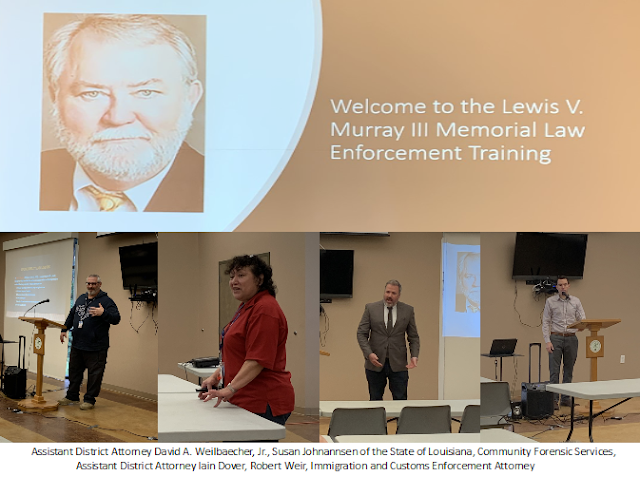 The speakers covered a range of topics, including “Juvenile Delinquency and Detention,” “Tactics Used at Criminal Trial,” “New Developments in the Law,” “Building a Sex Offense Prosecution Case,” “Mental Illness in the Criminal Justice System,” and the “Policies and Procedures of the Immigration and Custom Enforcement, Department of Homeland Security.”

The free training was open to anyone employed in the criminal justice system. It is named in honor of the late Lewis Murray, III, the longtime Assistant District Attorney who headed the Washington Parish District Attorney’s Office until his death in April 2018.