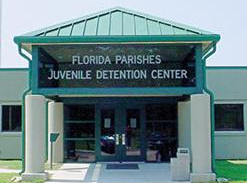 Three Washington Parish juveniles were arrested Tuesday (August 13, 2019) for burglary of a parish residence. WPSO patrol deputy Dalton Manning initially responded to a report of a theft of a semi-automatic pistol from the homeowners residence. By the time Deputy Manning arrived, the homeowner had found several other items were missing, including new athletic shoes.

Sgt. Dupre relocated to the home of the juvenile suspects, ages 11-14, and talked with their mother who fully cooperated with the investigation. Sgt. Dupre and patrol deputy James Gregorio then traveled to the juveniles' school and arrested the three juveniles. Later, in the presence of an adult family member, the three confessed to the crime. The location of the stolen items was revealed and they were recovered by deputies.

After consultation with a 22nd Judicial District Judge, the three juveniles were transported to the Florida Parishes Detention Center.

Due to their ages, the names and addresses of the juveniles and the location of the burglary will not be disclosed.

“Unfortunately,” said Sheriff Randy Seal, “these three young folks made bad decisions. My hope is this will be a learning experience for them and, with the help of family and friends, they will be able to turn this into a positive future filled with right choices. I am grateful to deputies Manning and Gregorio, along with Sgt. Dupre, who handled this matter. I am grateful also to the family members who fully cooperated. There obviously is great love in this family unit and I feel certain the ultimate outcome will be good for the three young folks.”