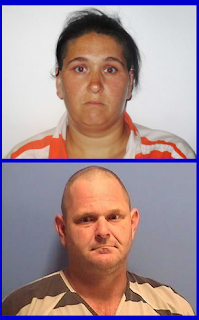 Krystal Ezell (33), who had a previous Washington Parish address on Plymouth Lane near Franklinton, was arrested by the STPSO for the offenses which occurred in Washington Parish, and then brought to the Washington Parish Jail by the WPSO. She was jailed on July 20th, charged with three counts of first degree aggravated rape and contempt of court. Her bond has been set at $500,000.

“I cannot adequately describe my emotions regarding cases such as this,” stated Washington Parish Sheriff Randy Seal. “As a father and grandfather, I cannot imagine such despicable acts against children. I appreciate Detective Rice once again handling a very sensitive matter and putting the guilty parties in jail.”

NOTE: As per the very sensitive nature of these crimes against a young child, and in an effort to protect the identity of the child, no further information will be released.