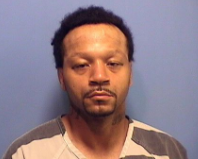 At approximately 11:15 p.m. Friday night, STPSO deputies were dispatched to a residence on Pine Drive in Slidell where they located a man lying in the driveway of the residence with an apparent gunshot wound. He was transported by emergency personnel to a local hospital, where he was pronounced dead.

Sylvas was also located at the residence. He was transported to a local hospital, where he was treated for an apparent drug overdose. Following an investigation, detectives learned Sylvas was responsible for shooting the 54-year-old victim.

This investigation in ongoing and no additional information is available at this time. If anyone has any information about this crime, please call (985) 898-2338.