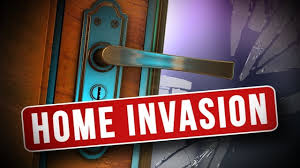 masked suspects entered a residence on Hookfin Lane in Fluker. The residence was occupied by two adults, two juveniles and a three month old infant. Upon entering, the gunmen demanded money, drugs and guns. The suspects then ordered the occupants onto the floor as they searched the house. Among items taken from the residence were cell phones, Play Stations and games, and a 9mm handgun.

The suspects fled the scene in a black car in an unknown direction.

Anyone with information regarding this crime is asked to contact Crime Stoppers at 800.554.5245.